So, I couldn’t resist one last blog post before the end of the month! This was actually the very first idea I had for blogging about Cranky Ladies of History, but with all the things that have been going on, I didn’t get a chance to write it. Until now.

During the month, I wrote about several of Australia’s children’s authors of history, for the CBCA Tasmania blog, but today I want to talk about some female writers of Australian’s rich literary tradition who have left a legacy that can’t be ignored.

Born in 1879, Stella Maria Sarah Miles Franklin is probably one of Australia’s best known writers, thanks not only to her work, but also to the Miles Franklin Literary Award (first awarded over fifty years ago) and the more recent Stella Prize, established in 2013. Nationalist and feminist both, Franklin published more than a dozen books (some under the pseudonym Brett of Bin Bin), and although none achieved the same level of success as her first, My Brilliant Career, she did receive some critical acclaim for other works. A Franklin travelled extensively during her life, settling for some time in the USA and the UK, and also volunteering for war work during World War I. Her working life included stints as a housemaid, nurse, cook, secretary and journalist. One of the things I like best about Franklin is that she actively supported Australian literature throughout her life, and mentored both young writers and new literary publications. It seems she really lived life on her own terms, never marrying and taking opportunities where she could, and I think it’s completely fitting that we recognise her contribution, and remember her work, with two major literary awards. 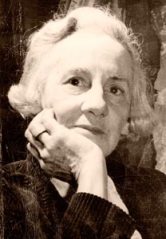 Katharine Susannah Pritchard has also left a lasting legacy in Australia, in the form of the KSP Writers’ Centre in Perth, which I had a bit to do with when I lived there, and her story always intrigued me. Born in Fiji in 1883, and living in Launceston, Tasmania, Melbourne and the UK before settling in Western Australia,  Pritchard became known as a writer but also as one of the founding members of the Communist Party of Australia! She supported unemployed workers and left-wing women’s groups, visited the Soviet Union and argued with other Communist writers over the correct application of socialist realist doctrine in Australian fiction. Though she encountered hardship and trauma during her life, she wrote prolifically and broadly, and fearlessly and emotionally promoted the cause of peace and social justice.

I’m really not sure how I missed including Patricia Wrightson in my earlier post on Australian children’s writers, but I did, so I’m including her here. Born in 1921 as Patricia Furlonger, Wrightson is arguably one of Australia’s most celebrated authors. Perhaps one of the most important aspects of her work is that she incorporated Aboriginal folklore into her writing, and demonstrated respect for these traditional stories while doing so. Wrightson was the recipient of the Hans Christian Andersen Award in 1986, the highest international career recognition available to children’s writers and illustrators, was made an officer of the Order of the British Empire in 1977 and won the Australian Dromkeen Medal in 1984, as well as winning the CBCA Book of the Year Award four times. The NSW Premier’s Literary Awards has a category named in honour of her.

View all posts by Tehani