Thoraiya Dyer is a four-time Aurealis Award-winning, three-time Ditmar Award-winning, Sydney-based Australian writer. Her work has appeared in Clarkesworld, Apex, Cosmos, Analog and pretty much every FablecCroft anthology. Her collection of four original stories, Asymmetry, is available from Twelfth Planet Press and her debut novel, Crossroads of Canopy, first in the Titan’s Forest trilogy, is forthcoming from Tor books in 2017.

Dyer is represented by the Ethan Ellenberg Literary Agency. She is a member of SFWA. A qualified veterinarian, her other interests include bushwalking, archery and travel. Find her online at Goodreads, Twitter (@ThoraiyaDyer) or www.thoraiyadyer.com.

My In Your Face story, “Where the Pelican Builds Her Nest”, came from the collision of two emotions. One, my glumness that wildlife, so glorious when allowed to thrive in pristine wilderness, can be as corrupted by the environmental degradation of our cities as human beings are. Two, my anger that TV rapists are so often depicted as strangers.

When I think of pelicans, I want to think of them sailing in proud flotillas across the sapphire waters of Port Stephens in NSW, scavenging guts from recreational fisherpeople at worst!

Statistics from the ABS tell us that when we think of rapists, we should think, 68% of the time, about somebody known to the victim. I think of the brother-in-law from “A Streetcar Named Desire” and how the sister stays with him in the end. That a scenario from a play written in 1947 remains probable is angry-making to me.

The title of the story comes from the poem by Mary Hannay-Foott, “Where the Pelican Builds Her Nest,” which I love for its movement and imagery even though it’s about white settlement and all the disease, death and displacement implied in that process. You can read the poem at Bushverse here.

If Thoraiya has sparked your interest in the In Your Face anthology and the powerful stories it contains, you might like to support the crowdfunding campaign by pre-ordering the book (and lots of other goodies) at Pozible. And please feel free to share with your networks!

You can find more posts by our authors linked here.

Focus 2013: highlights of Australian short fiction hits the virtual shelves on October 1, 2014. The second of an annual series, Focus 2013 collects an elite selection of work which has received acclaim via national and international Awards shortlisting.

The book is officially on sale on October 1, and is currently available for pre-order at Amazon, Kobo and Smashwords for US$4.99.

A couple of weeks ago we had some fun with the #FakeCon hashtag, which helped console us poor sods left behind while everyone else had fun at Worldcon in London. As part of that, we invited people to share their “FakeCon Photos”, and we have some winners to reward! Please email me at fablecroft@gmail.com to let me know which of our FableCroft ebooks you would like as your prize!

Let us know in the comments which #FakeConPhoto is your favourite!

Firstly, obviously Kathleen Jennings, who really started the ball rolling. She sketched some lovely funny pieces for #FakeCon, and we particularly enjoyed the meerkat concom 🙂 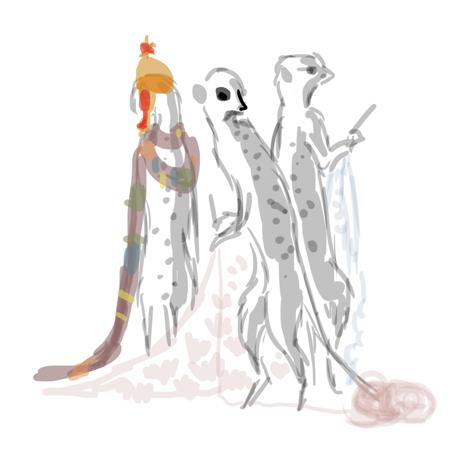 Next we chose Steph Bateman-Graham’s amazing Unicorn Hair for Masquerade – because that sort of hair takes COMMITMENT!

Meerkats became a theme of #FakeCon, and we thought Melina’s slightly embarrassed pair were just too cute!

And then we had some unusual fan pairings, with “Thoraiya” and Alex at the Hugo Losers panel and Andy Wrathall’s SpongeBob Squarepants caper! 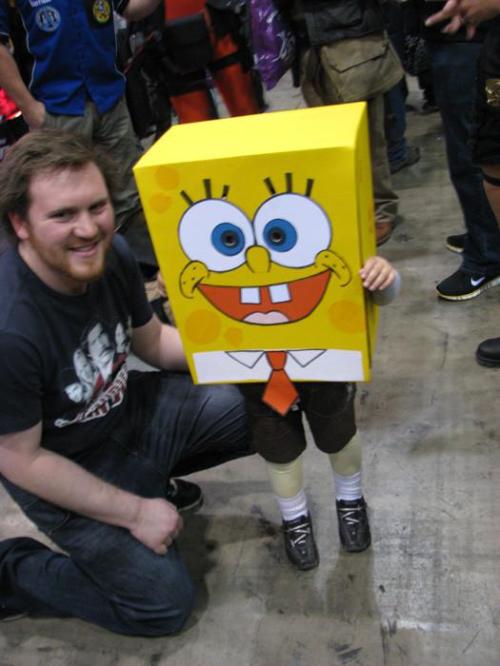 We are very pleased to announce that Focus 2012: highlights of Australian short fiction is now on sale! This ebook-only special anthology is the first of a series of yearly collections which will collect the previous year’s acclaimed Australian works. Containing only the most recognised speculative work of the year, Focus 2012 packs a big punch, for just $4.99USD.

Focus 2012 is available from your favourite ebook seller!

We are delighted to announce a forthcoming ebook-only production conceptualised to showcase the best of Australia’s award-nominated short speculative fiction. The first of an annual series, the anthology collects an elite selection of work which has received acclaim via national and international Awards shortlisting. In creating this collection, we anticipate bringing international attention to the very best of Australian speculative fiction.

We anticipate release in early October 2013 at all good ebook retailers.

With thanks to Deborah Biancotti, for thinking out loud.

Thoraiya is the only author to appear in every one of FableCroft’s anthologies, and I had the privilege of publishing her very first story with Andromeda Spaceways, and another early one in New Ceres Nights. You might say I like her work 🙂 Thoraiya has guest blogged at SF Signal on the topic of “Animals in Fantasy” – as a vet, she knows what she’s on about, and it’s an interesting topic!

Prevailing wisdom is that fantastic secondary worlds are generic when they contain ravens, horses and hounds, but as soon as you insert a kangaroo, you jolt the reader out of their suspension of disbelief and rudely bring them crashing back to reality.

We would like to congratulate all our authors whose works will appear in the 2012 Year’s Best Australian Fantasy and Horror (from Ticonderoga Publications, July 2013). In particular, three stories first published by FableCroft will be reprinted! Well done to Thoraiya Dyer (“Sleeping Beauty” from Epilogue), Faith Mudge (“Oracle’s Tower” from To Spin a Darker Stair) and Tansy Rayner Roberts (“What Books Survive” from Epilogue). Lovely news!

Speaking of news, we’ve started a new page on this website called “FableCroft Books in Review“, where we link to online reviews of our books – check it out to see what reviewers have been saying about us!

I was delighted last night to see Thoraiya Dyer be awarded the Aurealis Award for Best Fantasy Short Story for her wonderful After the Rain contribution, “Fruit of the Pipal Tree”! Well deserved, and well done!

The shortlists were announced tonight and there are some wonderful works on the lists. We’re delighted to see Thoraiya Dyer’s fabulous story “Fruit of the Pipal Tree” from After the Rain shortlisted for Fantasy Short Story. Well done Thoraiya! The shortlists can be found here. Congratulations all!