(Photo via Cat’s camera but pretty sure Alan Baxter took it!)

Swancon Thirty Six | Natcon Fifty is over. Actually, it finished on Monday, but I’ve needed a couple of days to become almost human again! Tuesday also saw us have a major car breakdown which meant Dirk Flinthart and I spent three and a half hours on the side of the Kwinana Freeway instead of enjoying the company of kids and friends on a lovely Rockingham beachfront, but anyway! Helen Merrick came to the rescue, taking kids home and then bringing food once we eventually MADE it home (after the most interesting tow truck ride ever!). Terri Sellen then provided more rescue, taking the Flinthart to meet his evening flight. I have good friends!

(Photo at pre-awards party by Cat Sparks) But Swancon, yes. It was a bit of a blur. We worked so hard in the lead up to the con, and during, that it was hard to actually enjoy it! Too busy I guess. Having said that, I’m glad I picked up people at the airport because it meant a little quiet conversation time. I enjoyed the guest luncheon on Thursday for the same reason, the room party in Terri’s room Friday night, and being the holder of the glow sticks for the Orbit | Gollancz sponsored pre-Ditmars cocktail party. All for the same reason – I got to chat with people. When I eventually spent some time on the TPP/FC table in the Dealer Room (which was as great as I wanted it to be!) I got to have more conversations, and if I didn’t get much time hanging out in the bar with peeps, I did still manage a few snatched minutes here and there. It was a very busy con, but it makes it worthwhile to know that the vast majority of people attending really did enjoy it!

I’ve rounded up as many con reports as I could below. Email me at fablecroft at gmail dot com to let me know of those I’ve missed or which are posted after! Happy to add them 🙂

Some entries may be friend locked, so my apologies if you can’t access those.

The Con of Conversations

On Awards, At Length

And then there was Swancon

Resources from the EduStream here. 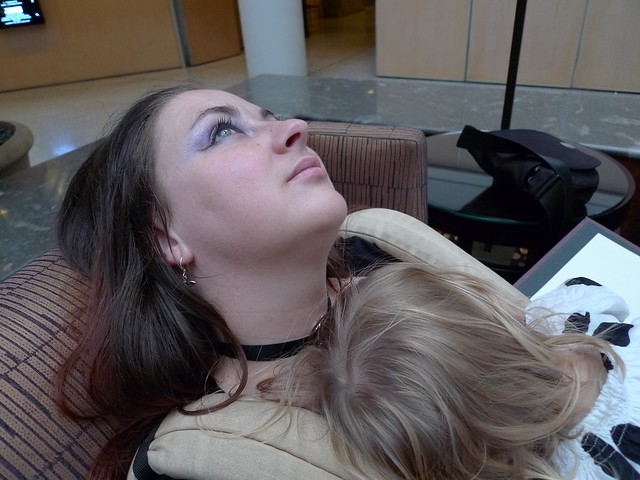 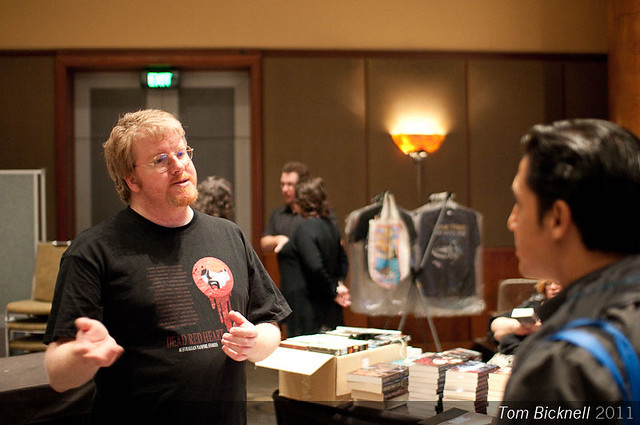 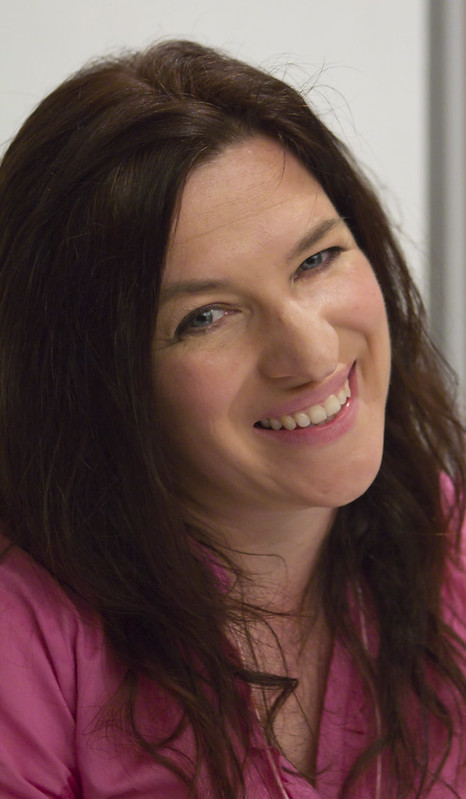 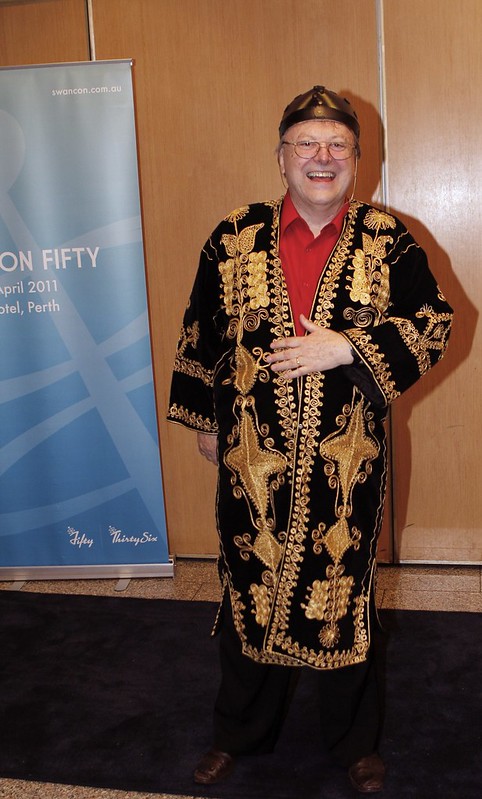 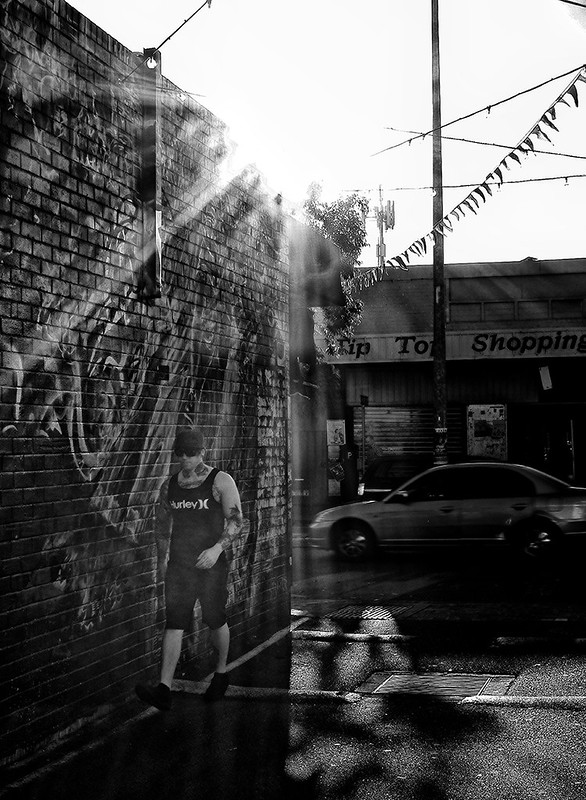 The Chungs (many more to come!)

Posted by Beyond the TrapDoor on Saturday, April 23, 2011 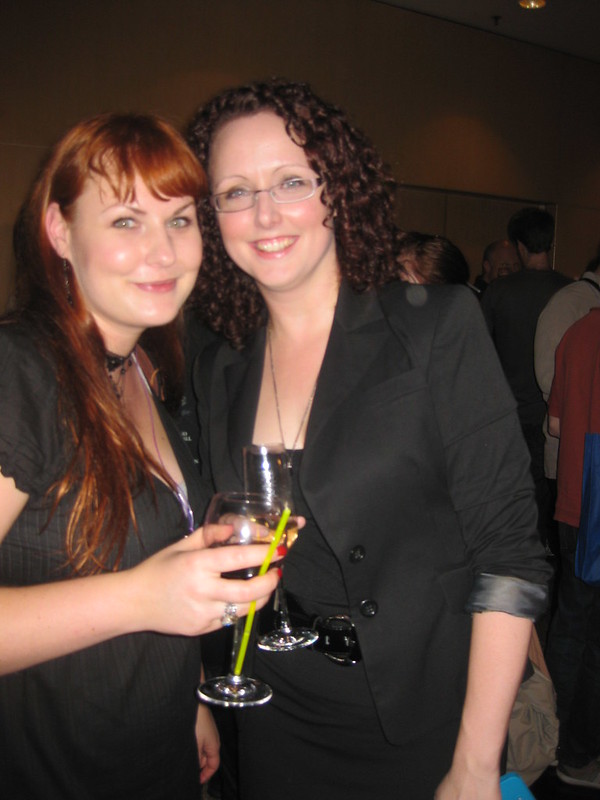 The thoroughly delightful, ridiculously talented Tansy Rayner Roberts shares her thoughts on the difference between male and female fantasy writers.

Tehani is totally trying to trap me into saying something controversial, by requesting a post about the difference between male and female writing in fantasy.

Since I first started reading Proper Grownup Fantasy at the age of thirteen, I noticed women writers and sought them out. Not necessarily because their writing offered something that male writing didn’t, but because – well. Maybe it did. I find myself drawn to female voices, though a book has to offer me far more than just a female byline to capture my attention.

As a reader, I particularly love deep characterisation and unusual takes on gender roles, and frocks, and humour, and smutty bits, and strange magic, and to be honest I’m far more interested in the stories that happen inside the castle walls than outside of them. None of those things are exclusive to women’s writing, but why shouldn’t I seek it out there? Why shouldn’t I assume that I’m more likely to find what I want in a book by a woman than a book by a man?

After all, it seems pretty clear that there are a huge number of readers who only seek out what they think they want in a novel from books with a male name on the cover. And I think that’s very depressing. Also, as a woman who occasionally reviews books, I do think it’s very important for me to single out and discuss books by women – or rather, as someone who reads a lot of women, I think it’s important that I keep reviewing books, as my small attempt to be part of the solution rather than the problem.

The truth is that we all filter our reading, before we even pick up a book. We use all manner of filters: what we know of that author already, what we’ve heard about their work, what we think of the cover. Gender bias often plays a part in that too. I do tend to assume that with a male fantasy author, I’m more likely to get an abundance of fight scenes, and not enough chatting over breakfast scenes, but that’s a completely unfair assumption. (look at David Eddings, his books were PRACTICALLY ALL BREAKFAST CHATTING, remember Breakfast of Magicians? It was between Queen of Elevenses and Tower of Gossip and Stew).

Some of my favourite books ever involving swords are by women: Jennifer Roberson, Ellen Kushner, Tamora Pierce. Some of my favourite books involving witty dialogue, smutty bits and pretty clothes are written by men: Simon R Green, Kim Newman, Neil Gaiman. Some books (the best books ever) have both of these things! I certainly don’t assume that a woman is going to automatically produce all the things I love best in books.

Around the fire photograph

Some rights reserved by Jane Starz

But on the other hand: female voices, I am drawn to them. I seek them out, I tend to enjoy books which have them far more than books which don’t, and I choose not to feel guilty about that.

This post comes to you as part of Tansy’s Mighty Slapdash Blog Tour, and comes with a cookie fragment of new release The Shattered City:

Roast goat. Someone had said something about roast goat. Velody followed her nose to the spit, where two lads were slashing strips off the beast, layering them up on platters for the crowd. She found a dish of the rarest slices, oozing blood, and ate ravenously, licking her fingers. “Love a demme with an appetite,” leered one of the goat lads.

Velody wiped a smear of blood from her chin. “Don’t we all?”

Fresh meat was a rare extravagance, and her body thrummed with it as she turned back to face the crowd. The music slid under her skin, and she could feel Ashiol’s presence nearby. She could not see him in the crowd, but his animor sparked against her own, bringing mixed sensations of security and lust. You don’t want him, she told herself sternly. It’s the meat making you crazy.