We are very pleased to announce that Focus 2012: highlights of Australian short fiction is now on sale! This ebook-only special anthology is the first of a series of yearly collections which will collect the previous year’s acclaimed Australian works. Containing only the most recognised speculative work of the year, Focus 2012 packs a big punch, for just $4.99USD.

Focus 2012 is available from your favourite ebook seller!

We are delighted to announce a forthcoming ebook-only production conceptualised to showcase the best of Australia’s award-nominated short speculative fiction. The first of an annual series, the anthology collects an elite selection of work which has received acclaim via national and international Awards shortlisting. In creating this collection, we anticipate bringing international attention to the very best of Australian speculative fiction.

We anticipate release in early October 2013 at all good ebook retailers.

With thanks to Deborah Biancotti, for thinking out loud.

In addition to the fantastic news that Kathleen Jennings is on the World Fantasy Awards ballot for Best Artist (see our special offer for To Spin a Darker Stair here – just $5!), over the weekend the Washington Science Fiction Association’s Small Press Award shortlist was announced, and we’re VERY excited to see Jason Nahrung’s Epilogue story “The Mornington Ride” on it! This story won the Victorian Chronos Award for Best Short Story earlier in the year, and we’re just delighted to see it recognised on an international ballot.

The WSFA Small Press Award is perhaps my favourite award, because not only does it recognise the very best of small press around the world, but the process by which the shortlist and winner are decided is very special. Stories are read “blind” by a panel (meaning the author and publication details are unknown) who select the shortlist. The shortlist is then read by the members of WSFA (again, completely blind), and the winner voted on. Which means the stories are judged completely on merit – marvellous!

Huge congratulations to Jason for making such a prestigious shortlist and fingers crossed for the announcement of the winner!

Want to read the story? Print stock of Epilogue is almost sold out (get your copy here while you can!), but the ebook is available from Kindle, Kobo, Wizard’s Tower and Weightless Books!

I’ve invited a number of people who have published in indie press and are professionals in the field to write about their experiences. Here, Jason Nahrung shares his thoughts. 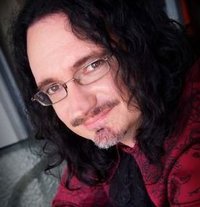 Small press, indie press … the nomenclature is changing with the boom in self-publishing and the subversion of the established tag of indie press. So at the pub the other day, where all great decisions are made, my writing buddies and I reached consensus that “boutique press” was a cooler, more accurate name for those who publish the works of others on a cottage industry basis. Or something like that. We were, after all, at the pub.

It’s not just the tag that’s changing. The production quality is lifting, too. With e-publishing and print on demand slicing the up-front costs, indie publishers can put more of their cash and their effort into quality: well-designed covers, decent paper stock, attention to detail in the editing. Some still don’t quite get it – the internet is littered with ugly covers, so muddy and obscure the image is barely recognisable, the spray of multi-fonted, rainbow-hued text damn near unreadable. Hold the outer glow on the Photoshop, dude: I wanna read that spiel!

And proofreading. For pity’s sake, whether you’re a multi-national publishing conglomerate or some keen mogul wannabe establishing your empire out of your home office, is it really so hard to proof the bloody thing before you throw it at the publishing wall to see if it sticks?

There, rant done. Don’t let the cowboys put you off, that’s all I’m saying.

There are plenty of publishers beavering away with the spare change from their day jobs who manage to make the effort: they put their money where their heart is, draw up contracts, pay their writers, send them proofs, send them galleys, publicise the end product, hawk it to book sellers and convention goers and awards. It exhausts me, just looking at how damn professional they are. How passionate they are.

I, as a relatively recent newcomer to the writing-for-publication game, am in their debt.

More than that. I love them. The new chums, the old hands, the pros and the amateurs: I relish the opportunity they present for dweebs like me who have the temerity to think someone else wants to read the narratives dribbling from brain onto keyboard. I love that they love what they do and they do it as well as they can. And I really love an editor who can make me look good. Hell, yes.

The money, however much or little it might be, is secondary. It’s nice – very nice, very affirming – but the real warm and fuzzy comes from that acceptance letter, and then the byline on the shelf: the pretty. I luvs it. I am, as it turns out, an egotistical prick. But then, why else would you write? It sure ain’t the money!

Short stories this year have saved my ego, have maybe even given me the confidence or at least the small flicker of hope, to keep hammering out the words. To persevere. You bet I feel a big debt of gratitude. Hey, I finally got a story into Aurealis this year, man. That’s a big deal for me; that’s a big box ticked off.

How fortunate that there is such a vibrant community of boutique publishers, of independents, in this country prepared to put their time and money and all that frustration into giving Aussie writers a place to learn their craft, to find some exposure, to make a mark, to build some confidence. A proving ground to foster home-grown talent and take it to the world.

With the changes turning the publishing world on its ear, this could be a new era for boutique publishers. As book as artefact becomes even more pronounced, as technology opens new formats and delivery systems, the indies are in a unique position to exploit niche markets and, indeed, to access a global niche market.

So, indie dudes, thanks for being there. Thanks for giving me something to aim at. May you keep on fighting the good fight, and may you make your money back. 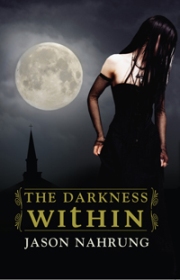 Jason Nahrung grew up on a Queensland cattle property and has worked as a newspaper journalist for more than 20 years. He is the editor for Queensland Writers Centre’s magazine Writing Queensland and also does freelance editing and manuscript appraisal.

Jason’s writing has won the William Atheling Jnr award for Criticism or Review, been highly commended in the Aurealis Awards, and been shortlisted in the Ditmars and the Australian Shadows.

His debut novel, The Darkness Within (Hachette Australia), is based on a novella written with his then girlfriend Mil Clayton by email when they were living two states apart. It has also sold to Germany.